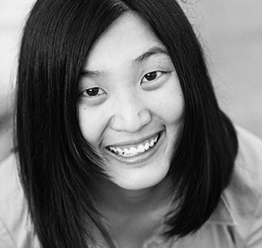 We are almost ready to share Designer Founders No. 2 with you, and we couldn’t be more excited! Here’s another preview, this time from our interview with AlexaAndrzejewski, cofounder and CEO of Foodspotting, a mobile app for discovering and sharing photos of dishes from restaurants. Foodspotting has over 4 million downloads and was acquired this year by OpenTable.

“I didn’t know any developers because the consulting world and the tech world don’t intersect that much, even today. I needed to break into this new community, so I was going to a lot of events. Every time I heard a developer talking, I told them I had an idea and asked them what they thought…. At [an Adaptive Path] happy hour one day I heard Ted [Grubb] talking about a recipe app he was working on, and I didn’t even know him, but I went up and said, “I have a food app idea, too. Look at my [experience map] poster!” Ted was really impressed with it and all of the thinking behind it, and he agreed to help me find a developer, or rather screen and interview developers. I didn’t even know what to look for. I knew I needed to find a developer who could do more than HTML and CSS, but I didn’t know exactly what I needed. A systems ops person? An internet application programmer?

Over time I realized how much I liked talking to him about the idea and how passionate he was about it. Ted really believed that it could be a startup, as well. So I asked him if he wanted to be my developer co-founder. He was leaving his job at a startup, Get Satisfaction, and he eventually agreed.

… Ted was a front-end developer, which is why he was originally hesitant to co-found with me, because he didn’t have a lot of Rails experience. He hadn’t built an iPhone app. He had single-handedly designed and built a mobile web app. And he had been teaching himself Ruby on Rails on the side.

The fact that he was entrepreneurial stuck out to me, and that he was building this whole thing on his own. In my mind that trumped being able to build an iPhone app by yourself. He was motivated to learn and build up his skills…he just believed he could do it. His confidence impressed me, and the confidence of other developers that I met! They all believed they could do anything! [laughs]

It would have been easy to pick the first developer that came along  as a co-founder and we could have started. But other people wanted to take Foodspotting in different directions—more recipe-focused, more product/brand-focused, or whatever. But sharing the core vision was the most important thing; skills were almost secondary. I felt confident that Ted could do it, and obviously we have since hired people to fill in various gaps. Sharing that vision is the thing not to compromise on.