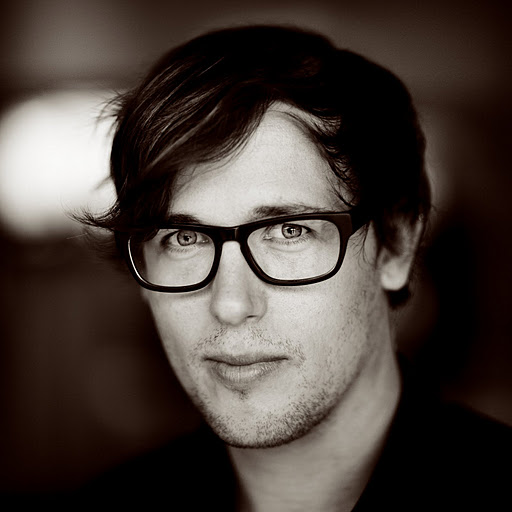 Daniel is a co-founder of Milk Inc, with Kevin Rose and Jeff Hodsdon. They’re building a small company that can execute on several startup ideas at once. Their first product is Oink, a social recommendation app. Previously, Daniel was the creative director at Digg and then the director of design at the gaming startup Tiny Speck. He’s also a less-active partner in the Canadian design agency silverorange, which he helped found in 1999. Below are a few excerpts from his interview.
Note: We’re a few days away from our Kickstarter deadline! Help make our nonprofit book and distribute it for free to students worldwide here.

The birth of a web designer
Back in highschool (in the early days of web design), some friends and I were all just dicking around on the computer. We were really literally just looking at what other people were doing on the Internet. Like, “Oh man, that looks really cool.” That stuff that Salon did in the early days. We were like, “Damn, I like that menu.” Then we would replicate it and do something similar to it, adding our own spin to the idea.

Beyond “just doing X”
In the early days of Digg, it was just maybe four or five of us and then there was quickly seven or eight of us. Kevin kept throwing out, “Okay, let’s do X.” I was used to doing client work where you normally just do ‘X’ unless you think that thing is a really dumb idea… So I actually asked him explicitly about this at one point, I still remember this, like, “How much do you want me to tell you when I see an opportunity or when I see what you’re doing could be much better?” And he was like, “Oh my god, please.”

Designers can see the big picture
As a startup grows, you get people more and more specific about roles, like “I’m head of marketing,” and “I’m head of revenue,” and people get myopic. They get blinders on. They only see their own thing, and they lose sight of the product. More and more, I was in a position where I could step up and say, “Here’s the big picture. This is how all these things fit together.”

Perfection is not the only goal
There’s a fine line between being a perfectionist and being a pragmatist. I saw a quote the other day about striving for perfection and I was like, “I don’t know if I agree with that.” I cut corners a little too much maybe sometimes, but at the same time I’ve seen some designers, I’ve had designers work for me, who spend way too much time polishing. I love pixel-perfection as much as the next designer, but there’s also value in getting your design out in front of people very quickly to judge its core qualities, which sometimes necessitates a faster, more pragmatic approach.

Starting Milk
My basic calculation for starting a new project, whether it was Digg or Tiny Speck or Milk, is what’s the worst that can happen? Seriously, it’s literally that question. “Will I make a bit of a salary?” Cool. “Am I hurting anybody by doing this?” No. “Is it doing some good?” Yes. “If this all blows up in two years, will I be able to still pay my rent?” Yeah.

Working with your friends
The reason I’ve been able to do some of the things that I’ve been able to do is making good friends who happen to do good things. I’m not saying that’s the only way to get somewhere. I’m sure you can hire teams and if you’re MBA, you can hire an engineer. But I think you do better by making friends, hanging out with people you want to work with.

Show me the work
No doubt, the number one thing I care about when I’m hiring any designer, especially a young designer, is I want to see work. And it’s got to be relevant work. You want to work in mobile stuff and you haven’t been hired to do any mobile stuff, build something, prototype something, do anything. It kills me these people, even in applying for a design internship, and they send me a bunch of posters and I’m like, “Do you want to build mobile stuff?” If they had such a strong interest in pursuing a certain thing, you’d think it wouldn’t require a job to do it.